Do you want to be part of an exciting and innovative new project that captures the lived experience of those affected by Dementia?

Dementia United have commissioned Social Sense and Hitch to develop a “Lived Experience Barometer” to measure in real time the experience of people living with dementia and those who care for them. This will help inform and enable improvements required locally and across Greater Manchester.

Greater Moments is a web-based platform that includes several features that will provide a range of benefits to the user. 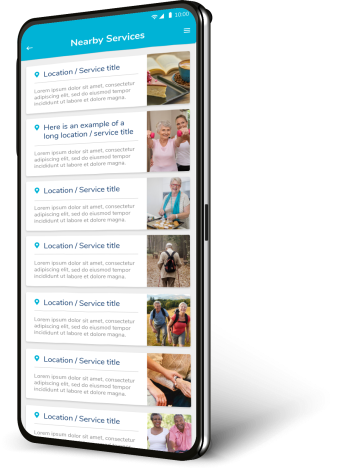 Our aim is to create something that focuses not on the dementia, but the person and those around them. We want to capture everything that is positive, for example friendships and achievements alongside thoughts, feelings and concerns.

Our shared ambition is to take this far beyond a measurement tool. We’re driven most by the potential for our combined knowledge and technologies to significantly and measurably improve lives.

We’re now looking for 50 people to help us test and inform future direction – and we’d love to PICK you!

We are looking for anyone who is registered with a Clinical Commissioning Group within Greater Manchester who have a dementia diagnosis, their family and their carers.

We also want to speak to anyone who is interested in volunteering their time to support the engagement of the Greater Moments platform.

We are now at the exciting development stage of the digital platform build and expect to launch Greater Moments to the first 50 users by the end of March 2020.

In the lead up to the launch, we will be running several training sessions providing users and volunteers information and practical guidance on how to use the platform.

Are you interested in becoming one of our first 50 users?

This entry was posted in Dementia, Research, Uncategorized and tagged Dementia, greater manchester.

Social Sense has completed a trio of appointments in just 5 weeks, in preparation for a planned period of growth in early 2020.

Stacey Adams joins as Director of Operations, having previously occupied roles as Deputy Chief Executive for a large charity and several key management positions in the NHS. 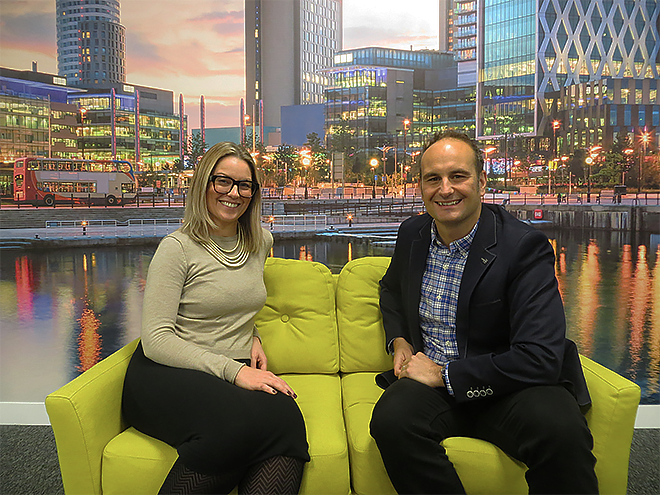 Her move follows those of Nadia Miller, a Breathworks qualified Mindfulness Trainer and Charlotte Yiatrou who joins as Digital Marketing Apprentice alongside weekly mentorship from Manchester based Social Chain.

The appointments represent the next exciting phase of growth for the Media City based Social Marketing agency, whose programmes have directly engaged over 200,000 people in the UK and in Europe since opening in February 2011.

Established In house programmes include those to reduce smoking, alcohol, knife crime and domestic abuse. In 2014 it established a programme to deliver Mindfulness at scale, which has now reached over 20,000 young people and adults.

This year the organisation also began the new co-creation of a platform to measure and improve lives for people with dementia, which is due to launch in April 2020 across Greater Manchester.

In addition to growing these programmes, the company has ambitions to scale its licensing, training and consultancy arm which enables more public sector and voluntary organisations to unlock their potential in delivering measurable social value.

“Having been established for almost 9 years now we now have many programmes that are in great shape to be replicated at scale and have already had some success with this through R U Different? and Mindful Me.

Stacey is incredibly passionate about helping people to help themselves and has a wonderful track record of delivering value to workforces and communities across the North West.

Operationally this will enable us to move to another level – preparing us for the licensed growth of existing programmes, creation of new ones and further consultancy projects.”

One of Stacey’s early tasks will be to conduct a full strategic review of the organisation, ranging from policy, business development, communications and legal. Her early impressions are very positive:

“I have been an avid admirer of Social Sense’s work for some time and always shared its passion for delivering great outcomes at an early intervention and prevention level.

Having explored its programmes, evaluations and plans for the next few years I feel really excited about supporting the organisation to reach its next phase of growth”.

“What’s the best and worst decision you have made in business?”

Our MD Gary Lovatt was asked that recently by Bob Buckley, who chose Gary alongside 11 other guests for his first Twelve Scholars Podcast series.

They also discussed some of the factors behind decision making for young people and how Social Norms and Mindfulness can each play a role in changing lives and creating healthier society.

We hope you like it and will share your thoughts, plus your best and worst decisions too.😊

How Adopting a ‘Measure with Intent’ Mindset can deliver Social Change

At Social Sense, our greatest ability is delivering and demonstrating social impacts at scale.

Over the last 10 years we’ve achieved great results in the areas of smoking, alcohol, drugs, knife crime, domestic abuse and mental health and now we’re applying our learning in new areas such as helping people to live well with dementia.

END_OF_DOCUMENT_TOKEN_TO_BE_REPLACED

Social Sense Ltd, in partnership with Wirral based Hitch Marketing, has been chosen to build a ground-breaking platform to measure the real time ‘Lived Experience’ of people with dementia.

The platform will be used to record information about a wide range of factors that affect quality of life for people who are living with dementia.

END_OF_DOCUMENT_TOKEN_TO_BE_REPLACED

Mindful Me successfully concludes a project in Kent

Kent Police and Crime Commissioner provided funding to commission Social Sense’s Mindful Me Programme across 3 organisations with pupils and young people from 12 schools/colleges.

END_OF_DOCUMENT_TOKEN_TO_BE_REPLACED

Today marks the start of Children’s Mental Health Week and the launch of a number of new trials in schools each aiming to improve the emotional wellbeing of our children.
On the surface of it, this feels like really good news and a welcome boost within an area that has become a growing concern for parents and professionals alike over the past few years.
With so many schools and teachers already stretched beyond their current means however – added to a plethora of providers out there who are already offering solutions around similar themes – how we do really know if we’re solving or problem or simply creating a bigger pile of initiatives for schools, teachers and young people to drown under?