Mindful Me concludes a successful project in Birmingham!

The Big Lottery Fund provided funding to commission Social Sense’s Mindful Me Programme across 3 secondary schools in Birmingham and Dudley, including one with alternative provision, during the academic year 2016/17. The programme officially commenced in November 2016. The chosen schools were:

All year 9 pupils were invited to take part in 2 one-hour interactive workshops; an Introduction to Mindfulness followed by a Fusion® Mind Management Group Session. Fusion® Therapeutic Life Coaching one to ones were also delivered to 5 pupils in the schools with additional emotional health needs.

The Big Lottery Fund commissioned Mindful Me as there is currently a mental health crisis in the UK, and it starts with children and young people. Birmingham and Dudley were chosen to be the areas due to the large number of deprivation. Birmingham in particular is an area in need as it is ranked the third most deprived core city and the most deprived city nationally on both income and employment deprivation, largely influenced by the size of the authority compared to other major cities.

The project started with all three schools completing a 15-20-minute baseline survey to assess their emotional wellbeing and levels of distress. Developed using Warwick Edinburgh and ONS standards, the questions cover a range of topics including levels of happiness, anxiety, self-harm, resilience and personal relationships.

The first session introduced pupils to mindfulness, which is simply paying attention to the present moment in a compassionate and non-judgmental way. Pupils learnt useful tools and techniques to help them reduce stress and anxiety, and create happiness using the latest findings in neuroscience known as ‘hardwiring for happiness.’

The Fusion® Mind Management Group Session taught pupils how to manage difficult emotions such as anxiety, sadness, and anger by educating them on the rational and emotional sides of the brain. Developed by BACP accredited expert psychotherapist Frances Masters, the Fusion® model represents a new solution-focused model of support which combines the best of counselling and life coaching

In addition to the group sessions in all 3 schools, 5 pupils from Aston Manor Academy received 6 weekly Fusion® sessions with a trained coach.

It was then time for the same cohort to complete a second survey to measure any change in mood. The results were astounding!

Across all questions, there were positive improvements made: 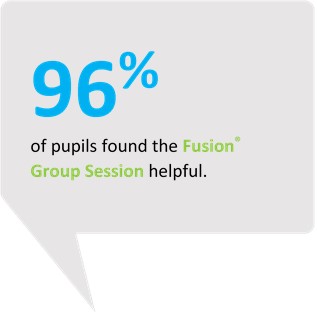 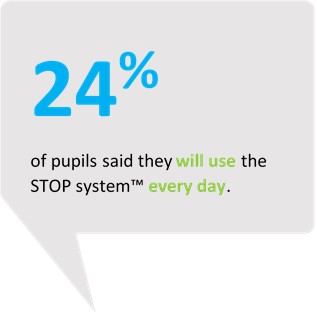 “The aim of the project was to develop and test an early mental health intervention that was simple, accessible, and impactful. The project was carried out in Birmingham and the black country. The work has now been critical in how schools think about their intervention policies and the work has allowed us to do more project across the nation.

The Big Lottery Fund’s support allowed us to put something on the table, develop the research that then can be built upon and allow cross organisational intelligence to develop more interventions.”

“Mindful Me had a real impact on our students, particular our most vulnerable students who didn’t have any previous awareness of mindfulness. We are really grateful that they were able to spend a dedicated amount of time on our enrichment day benefiting from the workshops that were organised for our school. Big thank you to the team!”

Please get in touch via Reece@SocialSense.co.uk for more information on the impacts of the programme.