With 207,000 11-15 year olds estimated to take up smoking and around 80% of under 18 smokers continuing to smoke throughout adulthood, helping young people to better understand risks and norms continues to be an important marker in terms of risk taking and health.

Governments are now better equipped to understand and measure the links between risk taking behaviours and recently discovered that regular adolescent smokers were 4 times more likely to have drank alcohol in the last week.

It therefore comes as no surprise to us that where we have been able to accurately improve smoking rates, we have also seen improvements in alcohol consumption too.

In schools where we have carried out Interventions, we have seen measurable improvements in peer perceptions of around 20% translating to an almost immediate behaviour change. 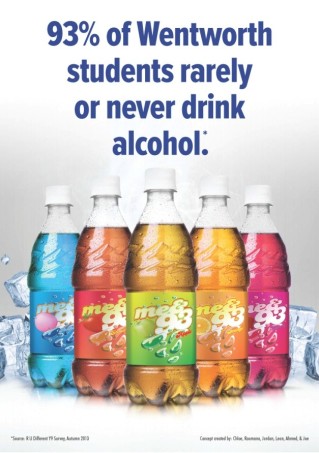 But it is the measurable reductions in alcohol consumption that is really getting our Public Health teams and schools excited. In 2011 84% rarely or never drank alcohol and this figure is now approaching 90%. In one of our Salford schools, the figure was at 93% and the students used their Enterprise Day to create the ‘Me&93 campaign’ in order to change parent and community perceptions.

Critics of the social norms approach often argue that the approach only works for young people not currently at risk or risk taking. Their belief is that it doesn’t really reach the pathological 10% who will risk take regardless.

The evidence we’re gathering strongly disproves this theory. We’re seeing young people who are proud to be in the healthy majority and those who are risk taking, starting to question whether they really want to be in that ever decreasing minority.

When young people are armed with the truth and empowered to deliver this truth among peers, truly amazing things really do happen.

We’d love to hear from you.

R U Different? in numbers:

A choice of 100 questions on our system

12 School based Interventions to choose from

We have 4 different parent engagement options