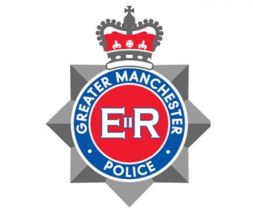 Social Sense has been chosen as the preferred partner to support a Greater Manchester Police Youth Engagement initiative for the next 12 months.

Our organisation won the tender amongst strong competition to directly engage over 4000 Young People with the view of measurably improving perceptions and behaviours across a range of key areas.

Key findings last year indicated that only 23% of Young People correctly guessed that crime rates were falling and that significant disparities were evident in those who would report a crime (79%) versus others their age who would do the same (only 30% boys, 58% girls).

Following our Intervention, significantly more Young People (39%) understood that crime was decreasing, a higher level (83%) said they would report a crime and numbers of those feeling safe in school and in their communities rose to 83% also.

Alongside the continuation of this work, Social Sense will be working with GMP in partnership with their sister agency Gencia, and the Enthusiasm Trust to build a mobile platform, offering a sustainable two-way engagement channel between Young People and the Police.

“Over the past 5 years our organisation has demonstrated that it can help schools and Local Authorities to improve Health outcomes using a Social Norms approach and last year’s project was a natural extension in how the theory and approach could be successfully applied in a community safety context.

“We’re delighted to be working with GMP because it allows us to continue our engagement with Young People throughout Greater Manchester in a positive, meaningful way.

“This year, the Social Norms element will be delivered in the context of developing a longer lasting, sustainable communication channel between GMP and Young People – placing Young People directly at the heart of the solution and not the problem as they are often perceived”.

The contract has been funded from Greater Manchester Police’s Proceeds of Crime and is part of the £7m criminal asset seizure from the past 12 months.

“Over the past 2 years, we have worked in partnership with 60 schools to set up more meaningful ways to communicate with Young People and help break down some of the barriers that might have been there in the past.

“Our research has told us that Young People genuinely want to play a more active role in supporting their communities so the foundation of this work is to achieve that sustainable two way dialogue using more up to date mobile media channels.”

GMP and Social Sense will be writing to schools from 16th April, if your school is interested in taking part please contact grace@social-sense.co.uk or call 0161 2145216.